Recognizing the Palestinian state I

By Haaretz Service Tags: Middle East peace Palestinians Palestinian state
More than a dozen Israeli intellectuals and public figures have signed a letter urging European leaders to officially recognize a Palestinian State, as "the peace process has reached its end."
The letter, which will be sent to the leaders on Friday, was initiated by the leftist Sheikh Jarrah Solidarity Movement, the group which also organizes the weekly demonstrations in the East Jerusalem neighborhood of Sheikh Jarrah.
"Peace has fallen hostage to the peace process," the letter said. "As Israeli citizens, we announce that if and when the Palestinian people declare independence of a sovereign state that will exist next to Israel in peace and security, we will support such the announcement of the Palestinian State with borders based on the 1967 lines, with needed land swaps on a 1:1 basis."
"We urge the countries of the world to declare their willingness to recognize a sovereign Palestinian State according to these principles," the letter added.
In a statement on the Solidarity website, the group wrote that "the Palestinian appeal to the United Nations to recognize a Palestinian State does not harm the Israeli interest and is not at odds with the peace process."
"Netanyahu's speech in Washington and the sweeping support he received from the U.S. Congress shows that the peace process has reached its end," the statement added, stressing that Israel now has a choice between recognizing a Palestinian State or a renewed wave of violence.
The letter was signed by former Knesset Speaker Avraham Burg, former Foreign Ministry Director General Alon Liel, and former Ambassador to South Africa Ilan Baruch.
Among the intellectual signatories are Nobel laureate Professor Daniel Kahneman, and Israel Prize Winner Professor Avishai Margalit.
Posted by Quique at 11:58:00 AM No comments:

When facts are stronger than narratives .

Ethnic cleansing of Palestinians, or, democratic Israel at work

While we are still desperately concealing, denying and repressing our major ethnic cleansing of 1948 - over 600,000 refugees, some who fled for fear of the Israel Defense Forces and its predecessors, some who were expelled by force - it turns out that 1948 never ended, that its spirit is still with us.

By Gideon Levy, Haaretz.
It happened on the day after Independence Day, when Israel was immersed in praise of itself and its democracy almost ad nauseam, and on the eve of (virtually outlawed ) Nakba Day, when the Palestinian people mark the "catastrophe" - the anniversary of the creation of Israel. My colleague Akiva Eldar published what we have always known but for which we lacked the shocking figures he revealed: By the time of the Oslo Accords, Israel had revoked the residency of 140,000 Palestinians from the West Bank. In other words, 14 percent of West Bank residents who dared to go abroad had their right to return to Israel and live here denied forever. In other words, they were expelled from their land and their homes. In other words: ethnic cleansing.
While we are still desperately concealing, denying and repressing our major ethnic cleansing of 1948 - over 600,000 refugees, some who fled for fear of the Israel Defense Forces and its predecessors, some who were expelled by force - it turns out that 1948 never ended, that its spirit is still with us. Also with us is the goal of trying to cleanse this land of its Arab inhabitants as much as possible, and even a bit more. After all, that's the most covert and desired solution: the Land of Israel for the Jews, for them alone. A few people dared to say it outright - Rabbi Meir Kahane, Minister Rehavam Ze'evi and their disciples, who deserve a certain amount of praise for their integrity. Many aspire to do the same thing without admitting it.
The revelation of the policy of denying residency has proved that this secret dream is in effect the establishment's secret dream. There one doesn't talk about transfer, heaven forfend; nobody would think of calling it cleansing. They don't load Arabs onto trucks as they once did, including after the Six-Day War, and they don't shoot at them to chase them away - all politically incorrect methods in the new world. But in effect that's the goal.
Some people think it's enough if we make the lives of the Palestinians in the territories miserable to get them to leave, and many have in fact left. An Israeli success: According to the Civil Administration, about a quarter of a million Palestinians voluntarily left the West Bank in the bloody years 2000-2007. But that's not enough, so various and sundry administrative means were added to make the dream come true.
Anyone who says "it's not apartheid" is invited to reply: Why is an Israeli allowed to leave his country for the rest of his life, and nobody suggests that his citizenship be revoked, while a Palestinian, a native son, is not allowed to do so? Why is an Israeli allowed to marry a foreigner and receive a residency permit for her, while a Palestinian is not allowed to marry his former neighbor who lives in Jordan? Isn't that apartheid? Over the years I have documented endless pitiful tragedies of families that were torn apart, whose sons and daughters were not permitted to live in the West Bank or Gaza due to draconian rules - for Palestinians only.
Take Dalal Rasras, for example, a toddler with cerebral palsy from Beit Omar, who was recently separated from her mother for months only because her mother was born in Rafah. Only after her case was publicized did Israel let the mother return to her daughter "beyond the letter of the law" - the cruel letter of the law that does not permit residents of Gaza to live in the West Bank, even if they have made their homes there.
The cry of the dispossessed has now been translated into numbers: 140,000, only until the Oslo Accords. Students who went to study at foreign universities, businessmen who tried their luck abroad, scientists who went abroad for professional training, native Jerusalemites who dared to move to the West Bank temporarily - they all met the same fate. All of them were taken by the wind and expelled by Israel. They couldn't return.
Most amazing of all is the reaction of those responsible for the policy of ethnic cleansing. They didn't know. Maj. Gen. (res. ) Danny Rothschild, formerly the chief military governor with the euphemistic title "coordinator of government activities in the territories," said he heard about the procedure for the first time from Haaretz. It turns out that not only is the cleansing continuing, so is the denial. Every Palestinian child knows, and only the general doesn't. Even today there are still 130,000 Palestinians registered as "NLR," a heartwarming IDF acronym for "no longer a resident," as though voluntarily, another euphemism for "expelled." And the general who is considered relatively enlightened was unaware.
This is an absolute refusal to allow the return of the refugees - something that would "destroy the State of Israel." It's also an absolute refusal to allow the return of the people recently expelled. By next Independence Day we'll probably invent more expulsion regulations, and on the next holiday we'll talk about "the only democracy." 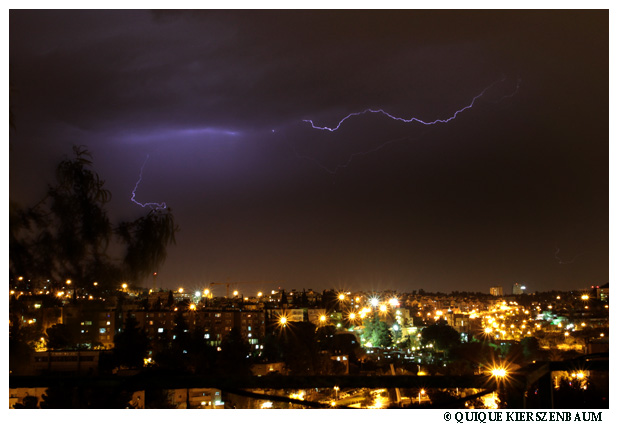