Jerusalem boxing club brings Arabs and Jews together
Harriet Sherwood in Jerusalem
guardian.co.uk, Sunday 26 June 2011 17.03 BST
Gym in converted bomb shelter opens doors to all comers, with one rule – politics is left outside
The two men – one a Palestinian, the other an Israeli Jew – square up, the muscles in their faces clenched as they prepare to hit each other. They circle each other, fists raised. Then it begins: punches aimed at the head, accompanied by sharp grunts.
It's over quickly. Panting and dripping with sweat, they pull apart. They grin at each another, and the Palestinian truck driver claps a comradely hand on the shoulder of the Israeli soldier.
The pair are not fighting as enemies, but training as friends in an unusual subterranean boxing club, based in a converted bomb shelter in a rundown area of west Jerusalem. The Jerusalem Boxing Club opens its doors to everyone: Jews, Arabs, Russians, boys and girls. Its youngest member is eight years old; the oldest is in his mid-60s.
Gershon Luxemburg, an immigrant from Uzbekistan who has run the club with his brother for 30 years, firmly believes sport can overcome political, religious, nationalist and cultural differences and act as a bridge across a 63-year conflict. "This is not war, this is sport," Luxemburg, 66, says. "There is never any trouble, never any abuse here between the kids."
Later this week, Luxemburg will take eight of his young boxers to compete in the Israeli junior championships. Russian clubs and Arab clubs compete alongside Israeli Jewish clubs; the Jerusalem Boxing Club is the only one which, most years, presents a mixed team.
The walls are covered with posters of Muhammad Ali, photographs of club members and other boxing memorabilia. Shelves are crowded with trophies and medals. On a warm Sunday evening, around 20 of the club's 200 members turn up for training, including three teenage girls. Luxemburg barks out orders in Russian-accented Hebrew.
"The ones who can, pay – and the ones who can't, don't," he says. "Kids with money go to play tennis. Most of the kids here are coming from difficult families, sometimes no mother or father."
The Palestinian members sometimes struggle to attend training regularly, he says. "They are hard workers, often they are coming after a long day of working, supporting their families. They are not as free as the Jewish kids."
Asked if the Palestinian and Israeli members get on, Luxemburg laughs. "You will see. Some of the Jewish members live in settlements built across the "green line" in East Jerusalem. "When they come in cars, they give a lift to the Arab kids," says Luxemburg.
He hasn't always been such a strong advocate for coexistence. He arrived in Israel from Uzbekistan ("there was a lot of antisemitism") at the age of 28, and served in the Israeli army during the Yom Kippur and first Lebanon wars. "I was fighting Arabs in my tanks," he says.
In the late 1980s he spent six months in prison and two years under house arrest for his involvement in an underground Jewish cell, including stockpiling weapons.
A building superintendent by day and the author of three books of poetry, Luxemburg says it became clear to him that Jews and Arabs had to learn to live together. "I understood we can't fight each other forever. They won't expel us and we won't expel them. We need to work together and understand each other in order to change things."
He began handing his boxing club card to Palestinians he met. "Every time I saw someone who could be a boxer – like when filling up my car at a gas station – I gave them my card and said come and train with me."
Back at the training session, Ismail Jafrei, 37, the Palestinian truck driver from East Jerusalem, says he and his Jewish fellow boxers are "like brothers".
"There is one condition: we leave politics outside. I was here in the worst times, when there were suicide attacks, and no one ever said anything bad to me."
His sparring partner, Israeli soldier Yehuda Luxemburg, 23, says there is "no relation between me defending my country and boxing with Arabs. They are my friends.
"There is a difference between the Palestinians we fight, the terrorists, and the people we live with. For us it's very clear. Maybe you get the impression that it's all the Jews against all the Arabs, but this is not the case."

Ayed Murad, the man of Budrus 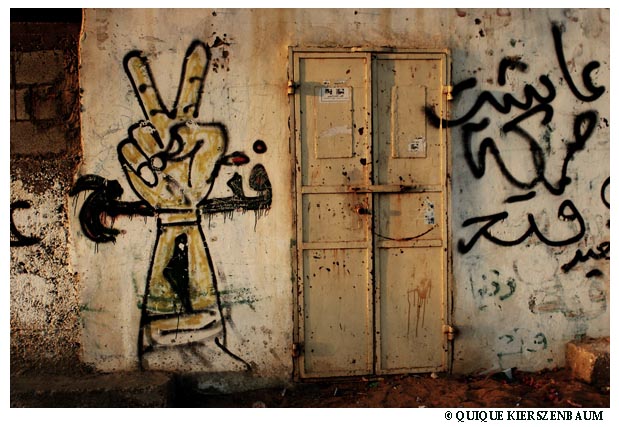 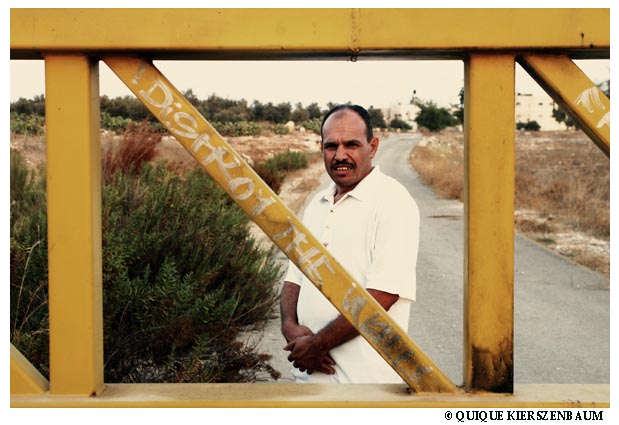 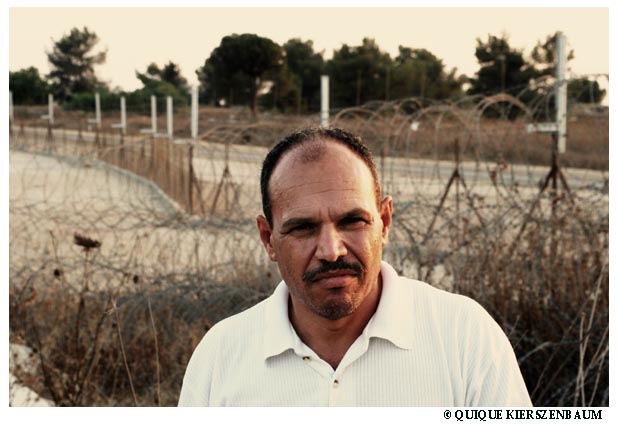 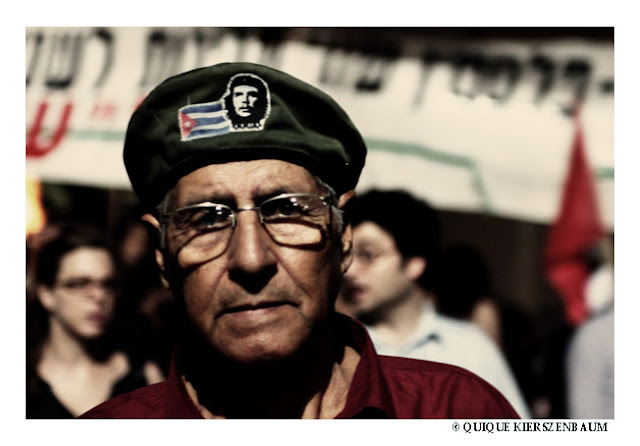 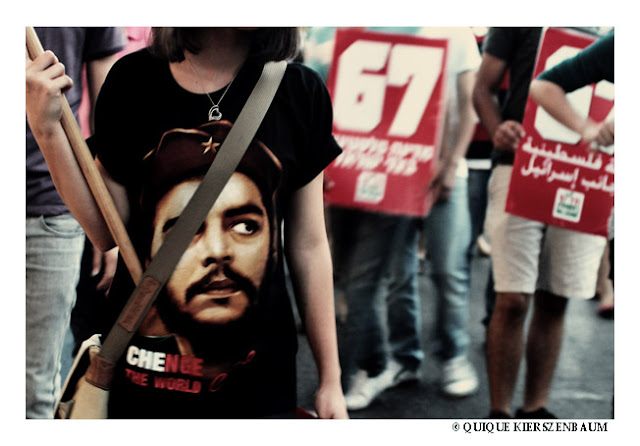 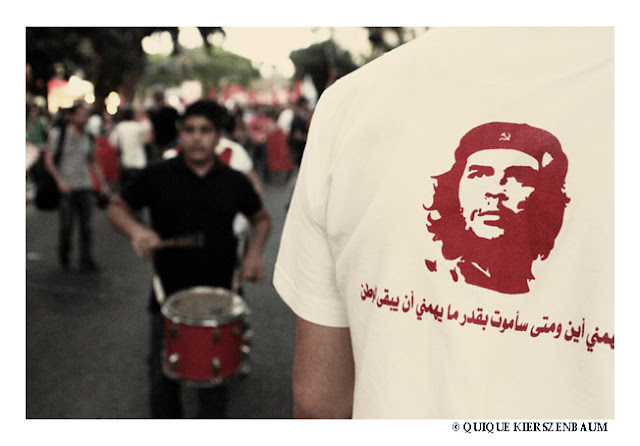 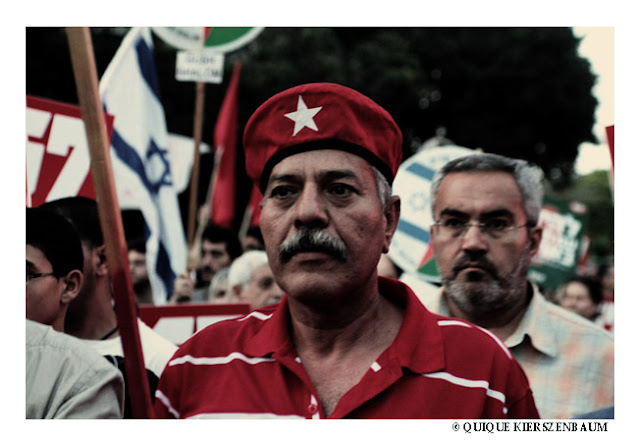 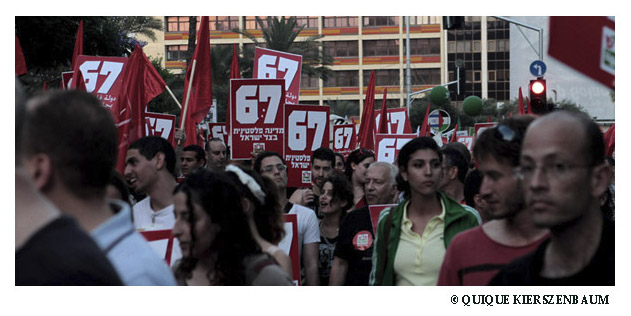 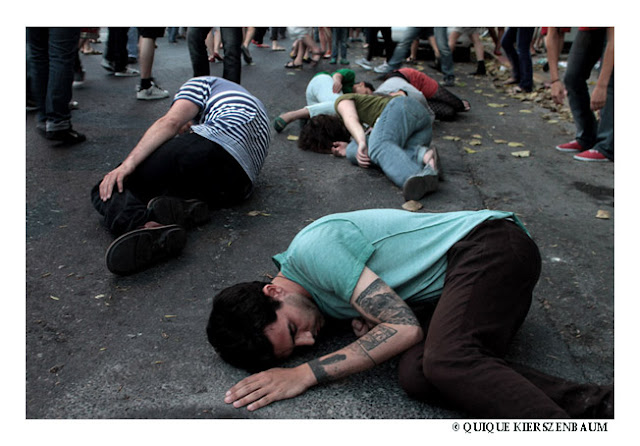 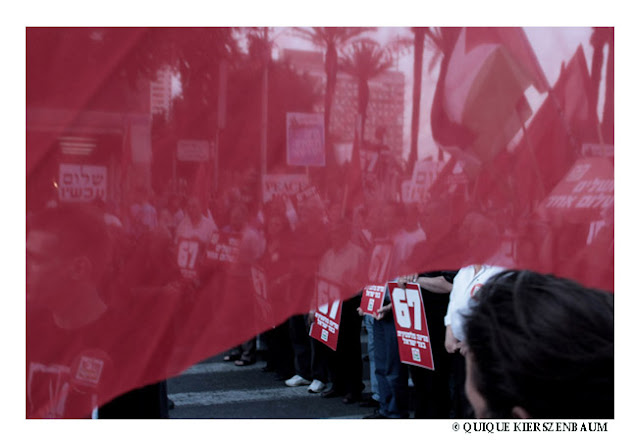 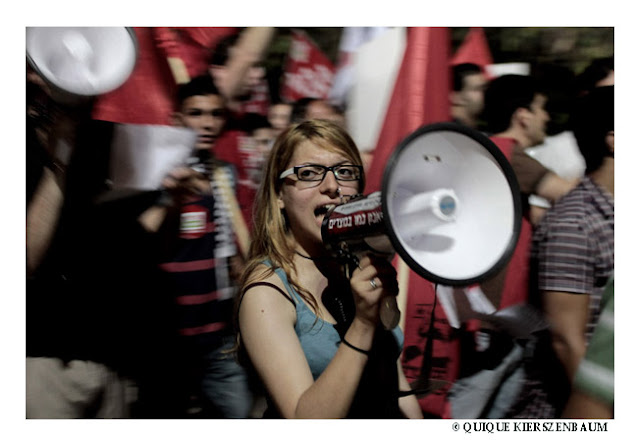 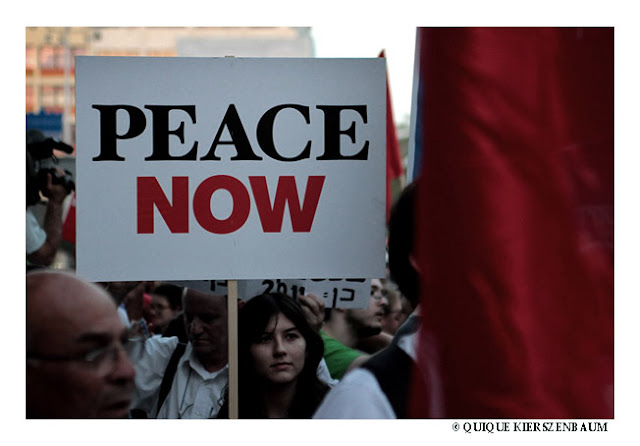 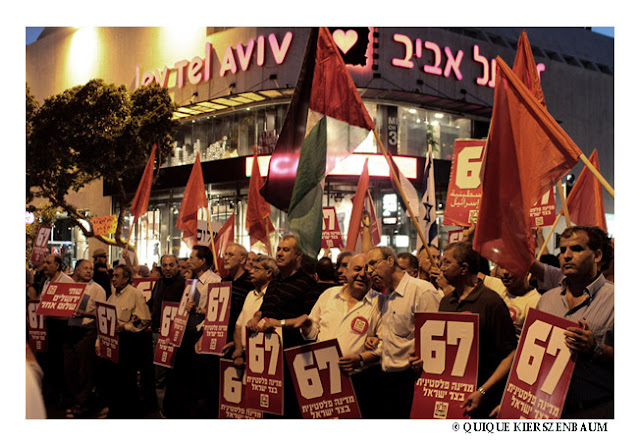 Around 5,000 people took part in a march under the slogan "Netanyahu said no - We say yes to a Palestinian state" in central Tel Aviv on Saturday evening supporting the establishment of a Palestinian state based on the 1967 borders.
Posted by Quique at 11:09:00 PM No comments: Links to this post