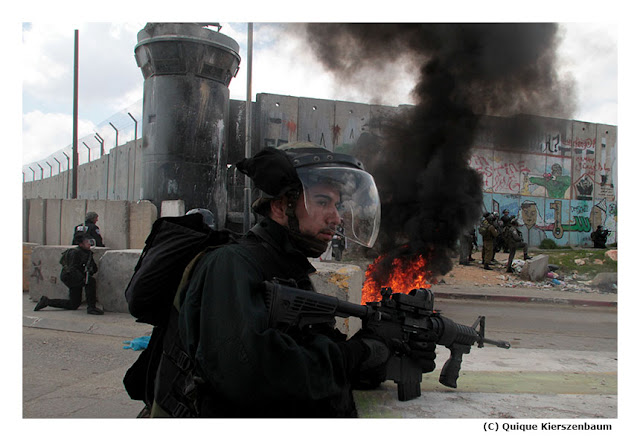 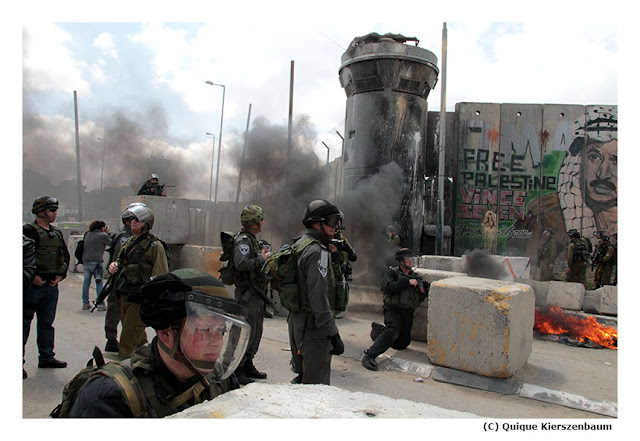 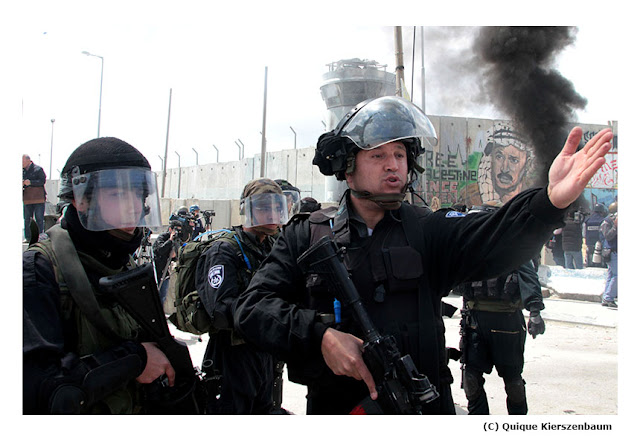 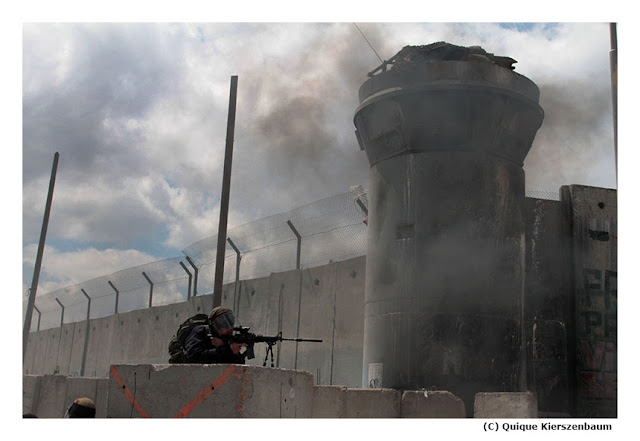 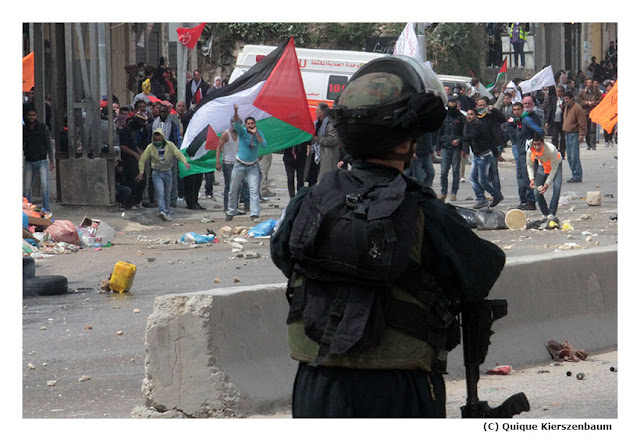 Clashes erupted on Friday in the north of Jerusalem between Israel Defense Force soldiers and some 250 Palestinian protesters marking Land Day. Protesters at the Qalandiyah checkpoint hurled rocks at soldiers, who responded with stun grenades and tear gas.
Posted by Quique at 7:08:00 PM No comments: 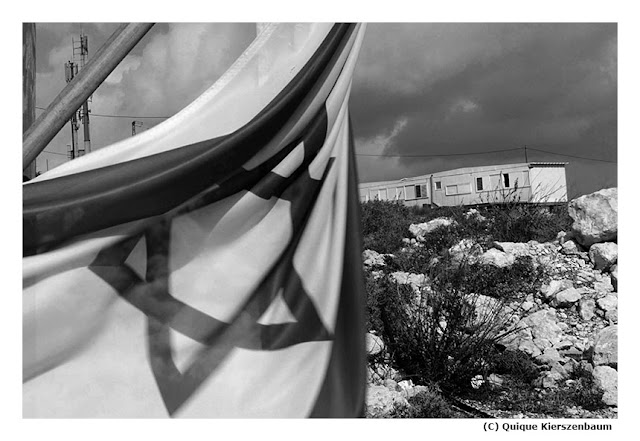 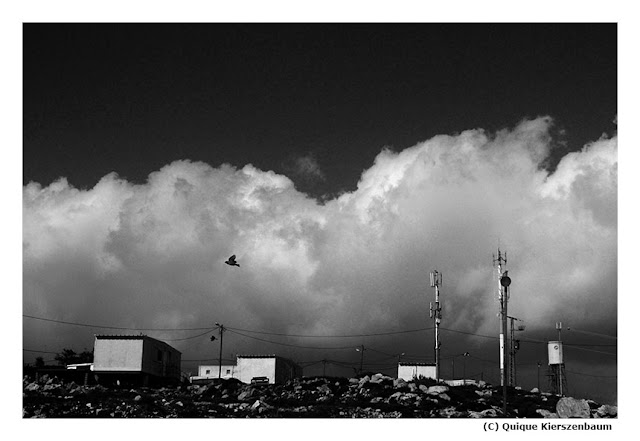 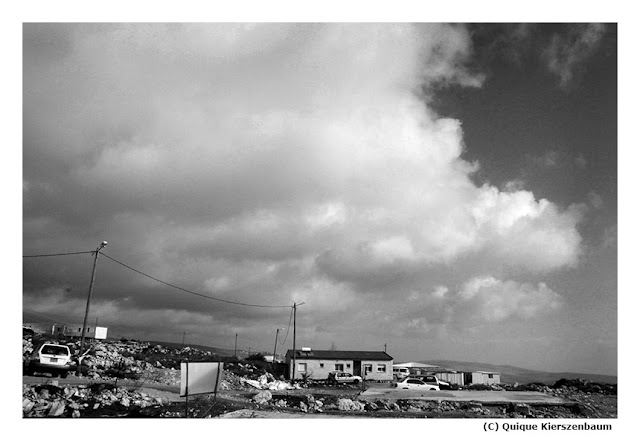 While the court's decision to reject the compromise the government had reached with the settlers is welcome, we must be very concerned that we have deteriorated to this state.

In theory, Migron should have been an open-and-shut case. The state did not deny that Migron had been erected illegally, on private Palestinian land. Nor did it deny that the settlers' claims that they had purchased the land were found to be baseless.

In the words of the High Court of Justice, the building of the outpost and its ongoing expansion were a blatant violation of the law that undermined the property rights of the Palestinian owners. It had to be demolished. Thus the court had ruled.

And after repeated delays, during which the outpost continued to expand, the court had had enough. "The obligation to carry out a court ruling is not a matter of choice," noted Justice Miriam Naor.

The court acknowledged that it will be harder to evacuate Migron now than it would have been five years ago, when the petition against it was first filed, but responsibility for that fell on the state, which did not take timely and effective action in the first place.

While the court's decision to reject the compromise the government had reached with the settlers is welcome, we must be very concerned that we have deteriorated to this state.

We cannot ignore the fact that this happened because at issue was Palestinian land. When it comes to violating Palestinian rights, the need to be considerate of the violators turns into such an important value that we end up with the absurd situation in which a government minister forges a "compromise" with the lawbreakers on the backs of those whose rights were violated - without even thinking that the latter might have something to say about it.

And it is the tip of the iceberg in terms of how the occupation has corrupted the Israeli regime.
Posted by Quique at 11:17:00 AM No comments:

"Dream Doctors" - Bringing a smile to the ones who need it

Work done with the Medical Clowns of Hadassah Hospital, Jerusalem.
Posted by Quique at 10:29:00 AM No comments: 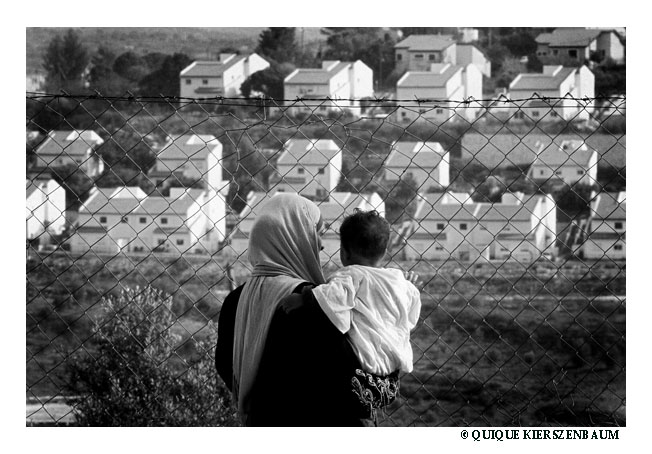 The United Nations' Human Rights Council voted on Thursday to appoint a panel charged with evaluating the effects of Israeli settlement construction on Palestinian human rights in the West Bank and East Jerusalem.
According to the text of the decision, the UN will "dispatch an independent international fact-finding mission, to be appointed by the President of the Human Rights Council, to investigate the implications of the Israeli settlements on the civil, political, economic, social and cultural rights of the Palestinian people throughout the Occupied Palestinian Territory, including East Jerusalem."
The committee's mandate will be to submit a report on the topic to the council. The decision also called on Israel "not to obstruct the process of investigation and to cooperate fully with the mission."
Thirty-six states voted in favor of the decision, while ten states abstained, including the Czech Republic, Romania, Hungary, Poland, Costa Rica, Italy and Spain. The United States was the only country to vote against it.
Israel's ambassador to the UN in Geneva Aharon Leshno-Yaar criticized the decision. "Despite the fact that this is my fourth year in Geneva, I am still stunned by the hypocrisy of the Human Rights Council," he said in a speech.
"This council itself is adding fuel to the fire and fanning the flames which it should be trying to put out. Today will not be remembered as a great day for this council," he added.
Palestinian ambassador to the UN Ibrahim Khraishisaid Israel's occupation should be condemned as a violation of human rights.
"We don't want to isolate Israel, but when we see that Israel hasn't stopped taking over our lands, we must act. If this situation continues, how will we be able to apply a two-state solution? The occupying power is violating international law… one day there will even be limits on the air that we breathe," he added.
U.S. ambassador to the UN in Geneva said that the decision harmed efforts to restart negotiations between Israel and the Palestinians and would not help protect the human rights of Israelis and Palestinians. "We don't accept the legitimacy of construction in the settlements, but we are disturbed by this one-sided and biased decision," she said.
"Anyone who supports the creation of an independent Palestinian state must support efforts to renew negotiations and refrain from taking steps that harm this effort… This won't promote peace, it will only push the sides further away from one another," the ambassador added.
Syria's ambassador accused Israel of accelerating settlement construction, which he deemed a violation of the Geneva Conventions and an "act of piracy."
The decision was one of five decisions approved by the council on Thursday which were critical of Israel. Others dealt with Israel's occupation of the Golan Heights, the Palestinian's right to self-determination, the state of human rights in the West Bank and East Jerusalem and the implementation of the Goldstone report's recommendations following Operation Cast Lead in the Gaza Strip in 2008-2009.
Posted by Quique at 9:29:00 PM No comments:

Al Quds, The flower of the cities


Al Quds, The flower of the cities - Images by Quique Kierszenbaum

This project started when I was asked by the Dutch paper Volkskrant to portrait the daily music life of Palestinians in Jerusalem for a story based on the famous Fairouz song "Zahrah Madaen" , "the flower of the cities", I did this reportage, mainly at the Edwar Said National Conservatory of Music and in the Muslim quarter of the Old City of Jerusalem.
Posted by Quique at 5:35:00 PM No comments: 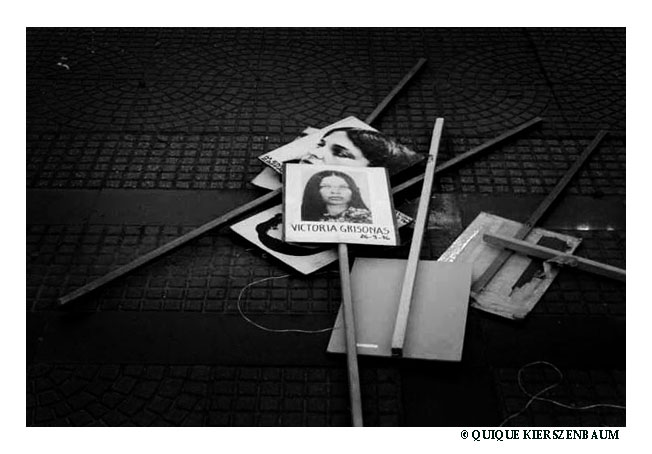 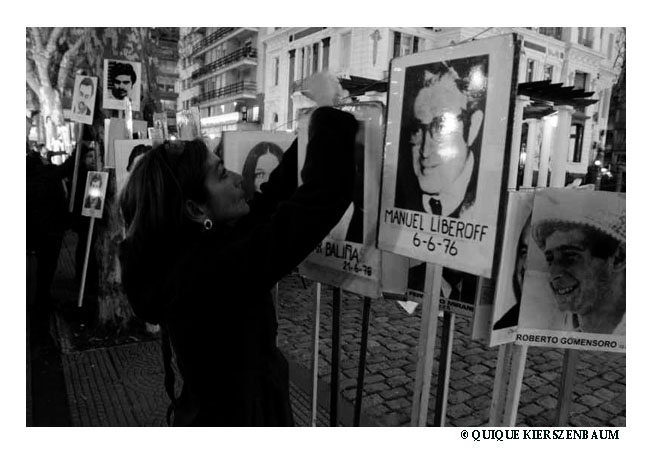 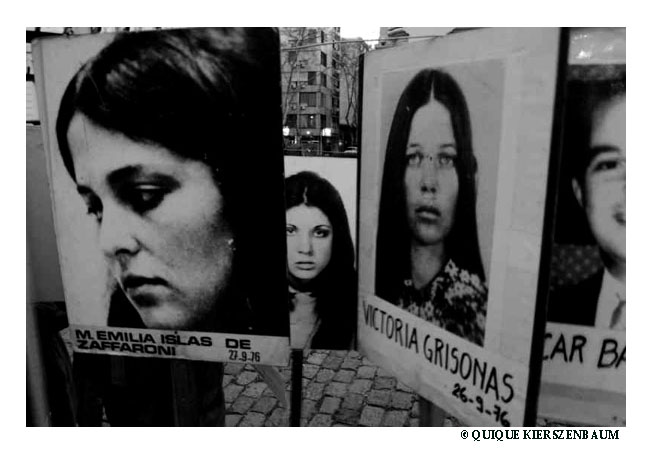 Rests of one of the missing during the military dictatorship were found yesterday in a military base Battalion 14 in Toledo, in Uruguay.
More than 200 Uruguayans were victims of forced disappearances during the dictatorship that ruled the country between 1973 and 1985.
On October 21, 2011, the rests of teacher Julio Castro missing in 1977, were found a few meters from the new found yesterday.

Beauty in an occupied land

In the West Bank, next to Tarkumya checkpoint waiting for WFP trucks with date bars from Gaza to the West Bank.

Every weekend every possible conflict in the Israeli society is played out on the pitches and terraces of Israel's premier league. This is where the rivalries and hatreds in Israeli society are exposed in full - and, often, ugly - clarity: Left versus Right, Arabs versus Jews, Mizrahim versus Ashkenazim, insiders versus outsiders.
Israel clubs retain much of the distinctive political, social and ethnic coherence that marked their foundation. Knowledge of a fan's ethnic background, social status and political allegiance will lead to pretty firm conclusions about the club he supports. In the same way, knowing an Israeli's team can give a strong indication about the party he supports, and even his views on the Middle East conflict. Maybe one of the best examples is Beitar Jerusalem, an extremely right wing supporter's team, often very racist, tied with the Likud right wing leading party and even far right other parties . The most popular chant of Beitar fans, that coasted them even points in the league marks their racism: "....This is the Land of Israel/This is the Land of the Jews/I hate you, Salim Touama [an Arab Israeli football player]/I hate all the Arabs...."
As Beitar Jerusalem represents the right wing and Mizrahim (Jews who arrived in Israel from Middle Eastern and northern African countries) supporters, Hapoel Tel Aviv represents the lefty Ashkenazy (Jews of eastern European extraction) fans, and Bnei Sachnin is the only Arab club in the prime league.
"Ultras" is the name used by all radical supporters, "fanatics" of each team, who bring passion, love and hate every weekend to the pitches.

Some of the images from today on " A 100 years of football in Israel", a collective exhibition in Tel Aviv's Israel museum .
Posted by Quique at 9:14:00 AM No comments: 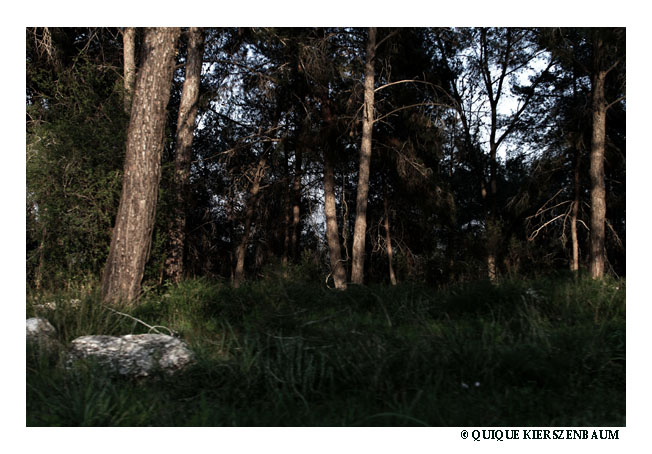 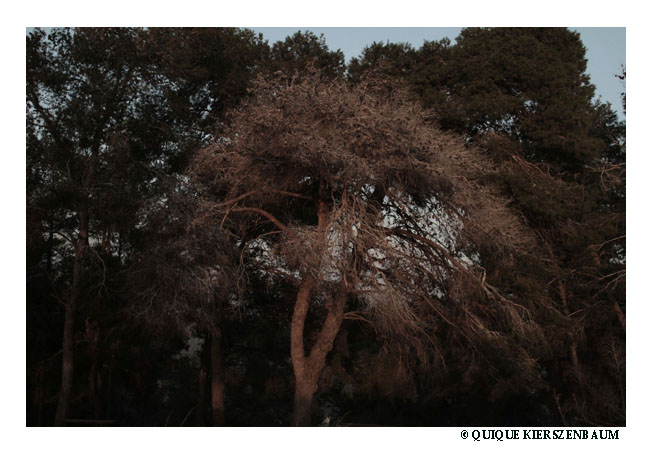 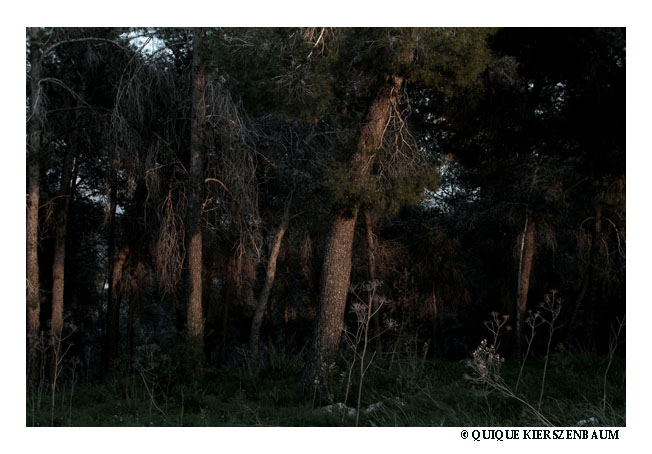 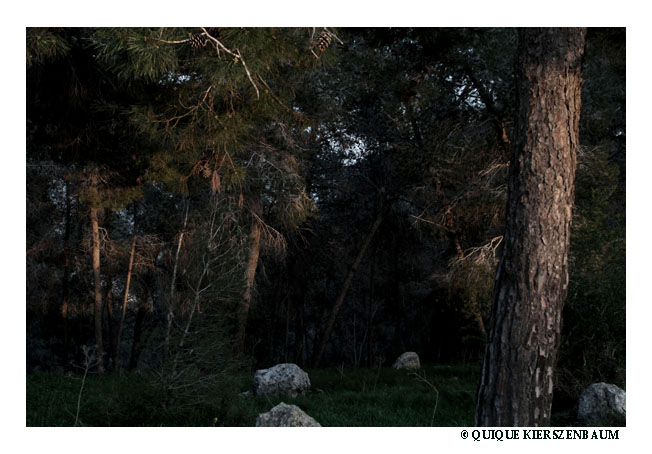 Tracers of the cold war in the former USSR. 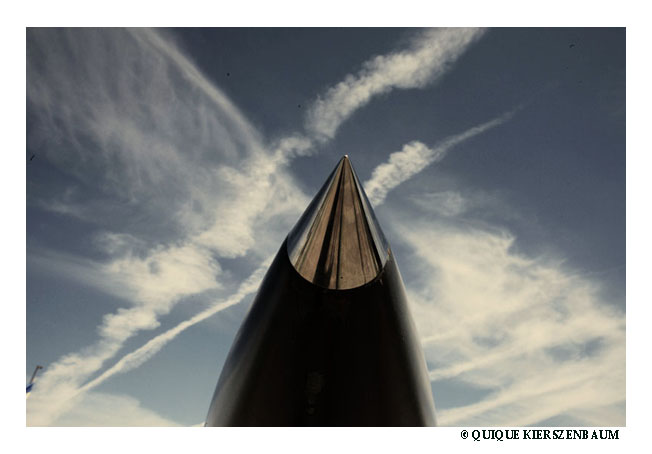 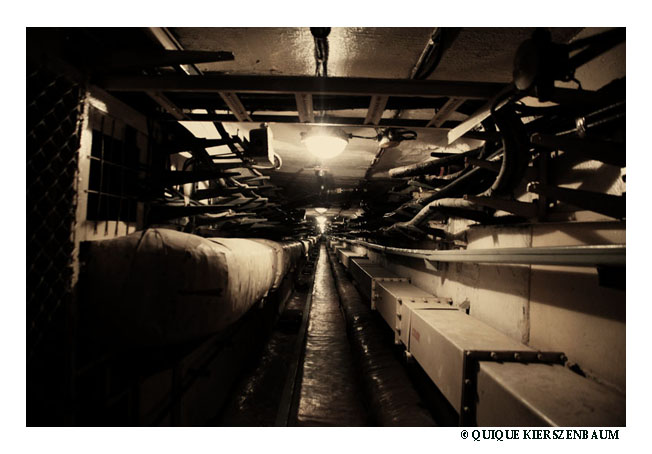 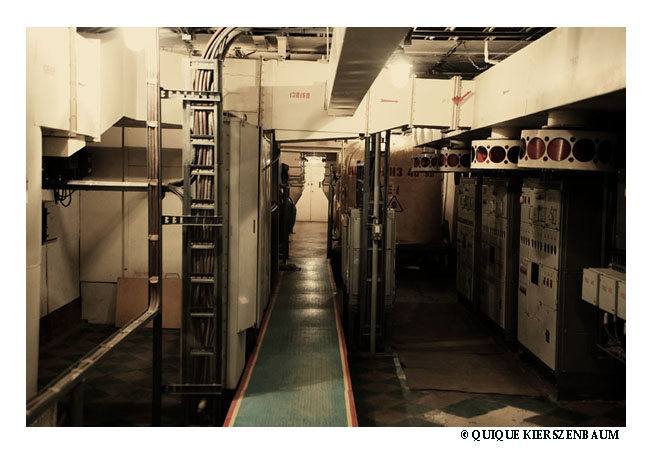 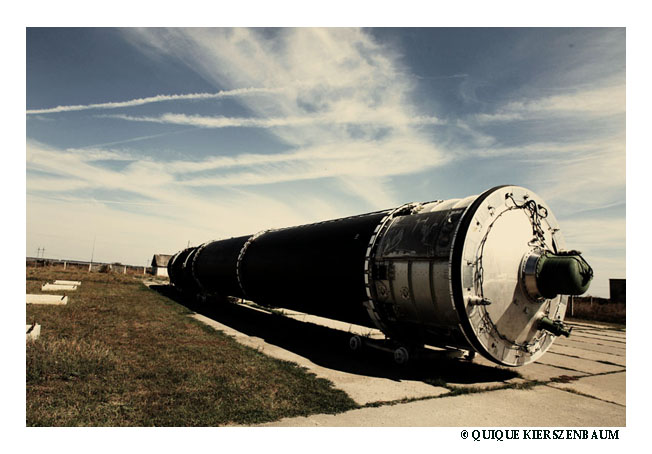 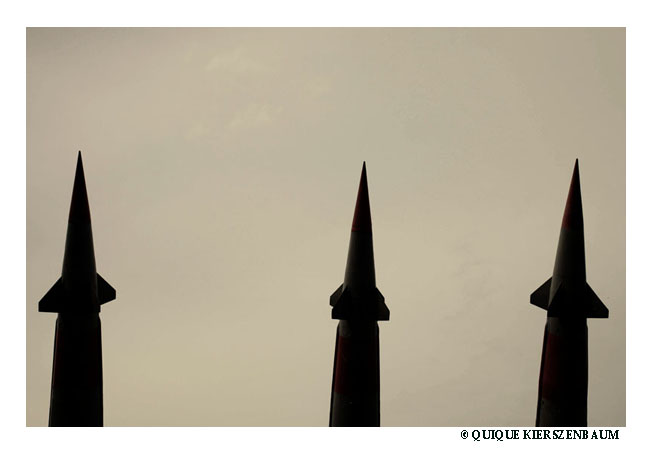 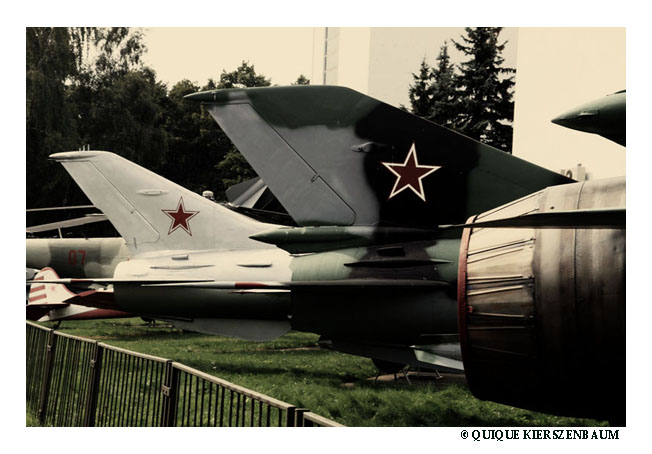 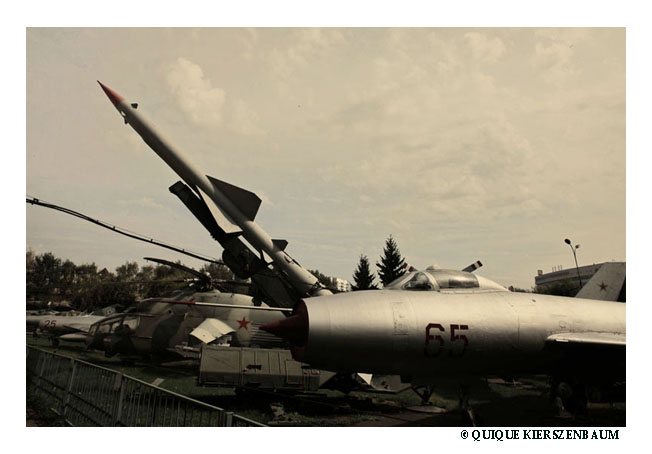 In 2010 I've worked in Russia and Ukraine and had the chance to look for some tracers of the cold war in the former USSR. With the winds of war blowing in the M. East, all the talks about the nuclear weapons and the re election of Putin I couldn't stop myself for bringing some of this tracers.
Posted by Quique at 10:48:00 PM No comments: 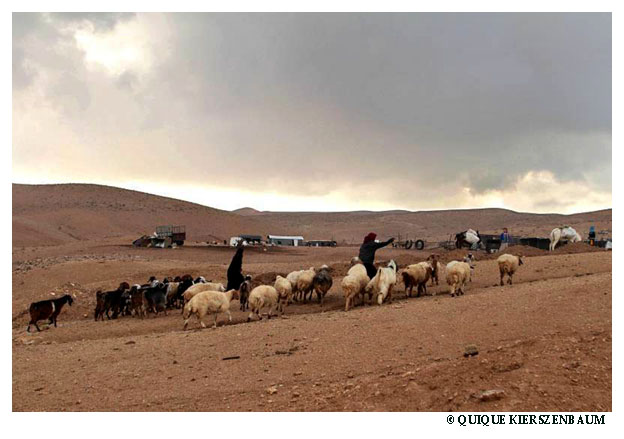 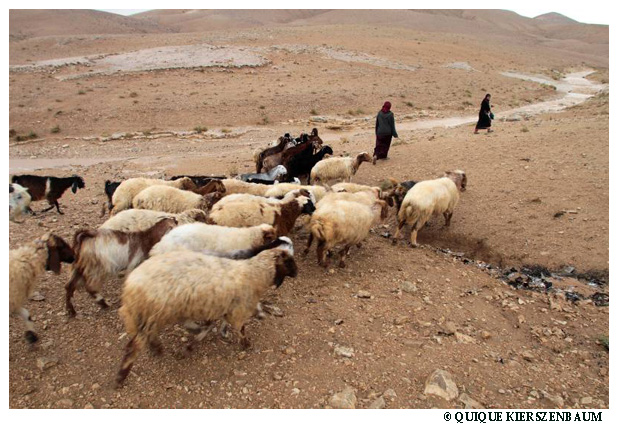 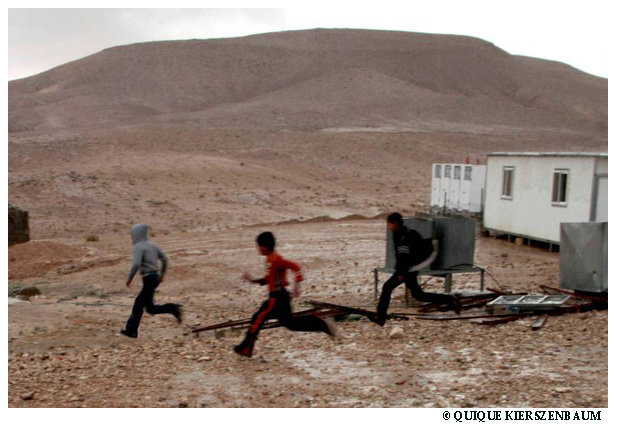 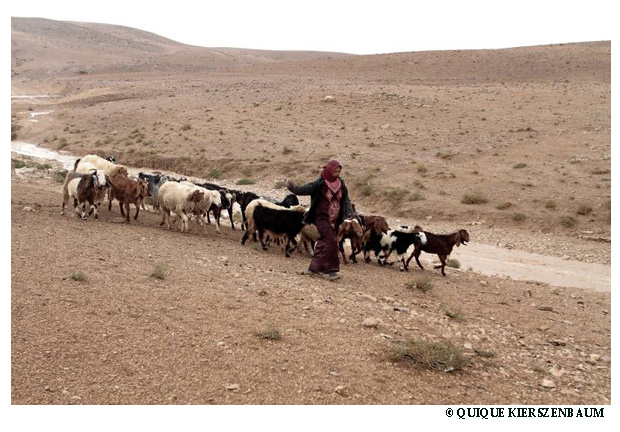 Palestinian Bedouin in the South Hebron hills village of Dkeika, West Bank. A surprising day of rain in a dessert area.
Posted by Quique at 9:06:00 AM No comments: