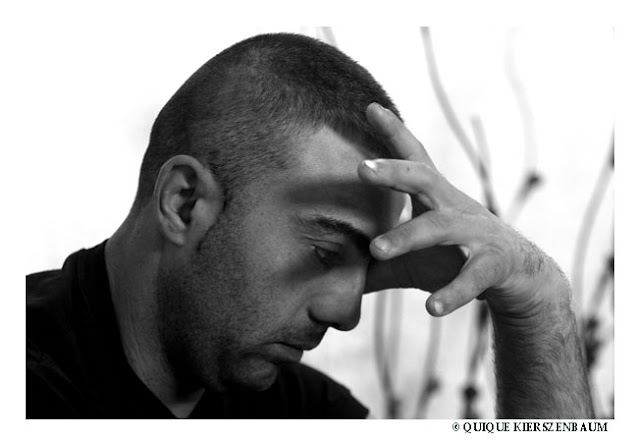 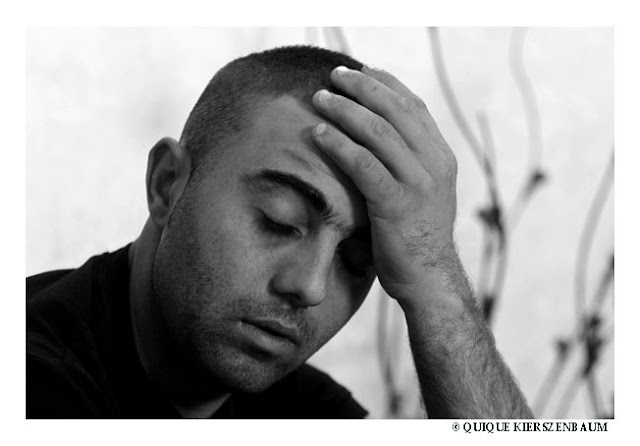 Hafez Rajabi was marked for life by his encounter with the men of the Israeli army's Kfir Brigade five years ago this week. Sitting beneath the photograph of his late father, the slightly built 21-year-old in jeans and trainers points to the scar above his right eye where he was hit with the magazine of a soldier's assault rifle after the patrol came for him at his grandmother's house before 6am on 28 August 2007.

He lifts his black Boss T-shirt to show another scar running some three inches down his back from the left shoulder when he says he was violently pushed – twice – against a sharp point of the cast-iron balustrade beside the steps leading up to the front door. And all that before he says he was dragged 300m to another house by a unit commander who threatened to kill him if he did not confess to throwing stones at troops, had started to beat him again, and at one point held a gun to his head. "He was so angry," says Hafez. "I was certain that he was going to kill me."

This is just one young man's story, of course. Except that – remarkably – it is corroborated by one of the soldiers who came looking for him that morning. One of 50 testimonies on the military's treatment of children – published today by the veterans' organisation Breaking the Silence – describes the same episode, if anything more luridly than Hafez does. "We had a commander, never mind his name, who was a bit on the edge," the soldier, a first sergeant, testifies. "He beat the boy to a pulp, really knocked him around. He said: 'Just wait, now we're taking you.' Showed him all kinds of potholes on the way, asked him: 'Want to die? Want to die right here?' and the kid goes: 'No, no...' He was taken into a building under construction. The commander took a stick, broke it on him, boom boom. That commander had no mercy. Anyway the kid could no longer stand on his feet and was already crying. He couldn't take it any more. He cried. The commander shouted: 'Stand up!' Tried to make him stand, but from so much beating he just couldn't. The commander goes: 'Don't put on a show,' and kicks him some more."

Two months ago, a report from a team of British lawyers, headed by Sir Stephen Sedley and funded by the UK Foreign Office, accused Israel of serial breaches of international law in its military's handling of children in custody. The report focused on the interrogation and formal detention of children brought before military courts – mainly for allegedly throwing stones.

For the past eight years, Breaking the Silence has been taking testimonies from former soldiers who witnessed or participated in human rights abuses in the occupied territories. Most of these accounts deal with "rough justice" administered to minors by soldiers on the ground, often without specific authorisation and without recourse to the military courts. Reading them, however, it's hard not to recall the Sedley report's shocked reference to the "belief, which was advanced to us by a military prosecutor, that every Palestinian child is a 'potential terrorist'".

The soldier puts it differently: "We were sort of indifferent. It becomes a kind of habit. Patrols with beatings happened on a daily basis. We were really going at it. It was enough for you to give us a look that we didn't like, straight in the eye, and you'd be hit on the spot. We got to such a state and were so sick of being there."

Some time ago, after he had testified to Breaking the Silence, we had interviewed this soldier. As he sat nervously one morning in a quiet Israeli beauty spot, an incongruous location he had chosen to ensure no one knew he was talking, he went through his recollections about the incident – and several others – once again. His account does not match the Palestinian's in every detail. (Hafez remembers a gun being pressed to his temple, for example, while the soldier recalls that the commander "actually stuck the gun barrel in the kid's mouth. Literally".)

But in every salient respect, the two accounts match. Both agree that Hafez, on the run after hearing that he was wanted, had slipped into his grandmother's house before dawn. Hafez showed us the room in his grandmother's house, the last on the left in the corridor leading to her room, where he had been hiding when the soldiers arrived. Sure enough, the soldier says: "We entered, began to trash the place. We found the boy behind the last door on the left. He was totally scared."

Both Hafez – who has never read or heard the soldier's account – and the soldier recall the commander forcing him at one point during his ordeal to throw a stone at them, and that the boy did so as feebly as possible. Then, in the soldier's words "the commander said: 'Of course you throw stones at a soldier.' Boom, banged him up even more".

Perhaps luckily for Hafez, the second, still uncompleted, house is within sight of that of his aunt, Fathia Rajabi, 57, who told us how she had gone there after seeing the soldiers dragging a young man behind a wall, unaware that he was her nephew. "I was crying, 'God forbids to beat him.' He recognised my voice and yelled: 'My aunt, my aunt.' I tried to enter but the two soldiers pointed their guns at me and yelled rouh min houn, Arabic for 'go away'. I began slapping my face and shouting at passers-by to come and help. Ten minutes later the soldiers left. I and my mother, my brother and neighbours went to the room. He was bleeding from his nose and head, and his back."

The soldier, who like his comrades mistook Ms Rajabi for the boy's mother, recalls: "The commander said to [her]: 'Keep away!' Came close, cocked his gun. She got scared. [He shouted:] 'Anyone gets close, I kill him. Don't annoy me. I'll kill him. I have no mercy.' He was really on the edge. Obviously [the boy] had been beaten up. Anyway, he told them: 'Get the hell out of here!' and all hell broke loose. His nose was bleeding. He had really been beaten to a pulp."

Finally, Hafez's brother Mousa, 23, a stone cutter who joined his aunt at the second house, recalls a second army jeep arriving and one soldier taking Hafez's pulse, giving Mousa a bottle of water which he then poured over Hafez's face and speaking to the commander in Hebrew.

"I understood he was protesting," says Mousa. This was almost certainly the 'sensitive' medic whom the soldier describes as having "caught the commander and said: 'Don't touch him any more. That's it.'" The commander goes: 'What's with you, gone leftie?' And he said: 'No, I don't want to see such things being done. All you're doing to this family is making them produce another suicide bomber. If I were a father and saw you doing this to my kid, I'd seek revenge that very moment.'"

In fact Hafez, did not turn into a "suicide bomber". He has never even been in prison. Instead, the outcome has been more prosaic. He no longer has nightmares about his experience as he did in the first two months. But as a former mechanic he is currently unemployed partly because there are few jobs outside construction sites and the Hebron quarries, where he says his injuries still prevent him from carrying heavy loads, and partly because he often does "not feel I want to work again". And he has not – so far – received any compensation, including the more than £1,100 he and Mousa had to spend on his medical treatment in the two years after he was taken.

The report by Sir Stephen Sedley's team remarks that "as the United Kingdom has itself learned by recent experience in Iraq, the risk of abuse is inherent in any system of justice which depends on military force". Moreover, Britain, unlike Israel, has no organisation like Breaking the Silence that can document, from the inside, the abuse of victims like Hafez Rajabi who never even make it to court.

But as the Sedley report also says, after drawing attention to the argument that every Palestinian is a "potential terrorist": "Such a stance seems to us to be the starting point of a spiral of injustice, and one which only Israel, as the occupying power in the West Bank, can reverse." 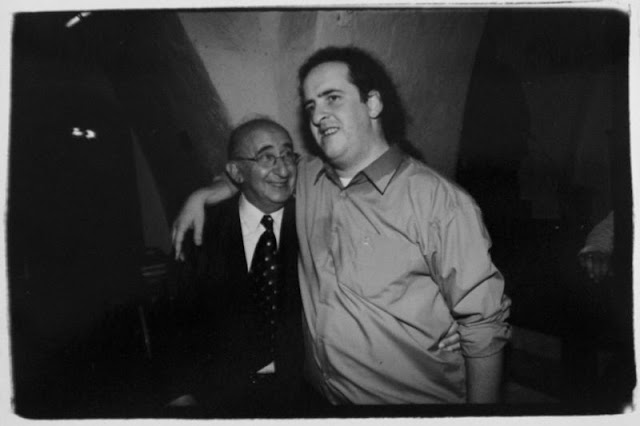 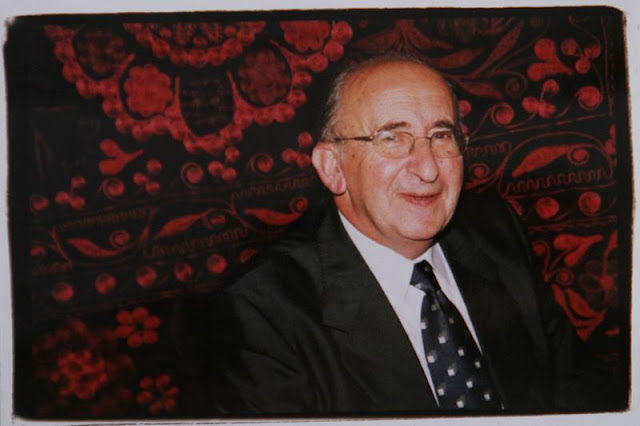