“those who forget the past are condemned to repeat it.” George Santayana, Spanish philosopher. 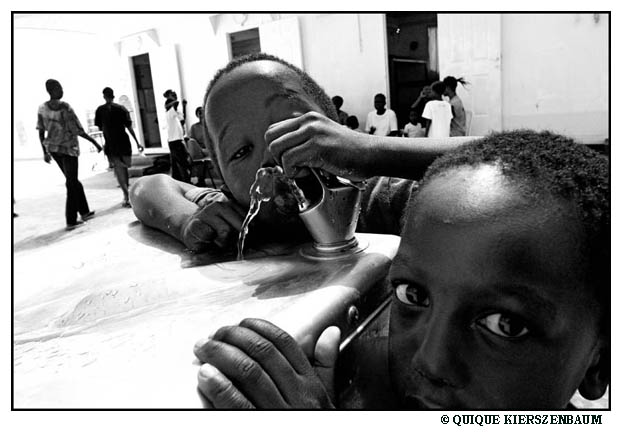 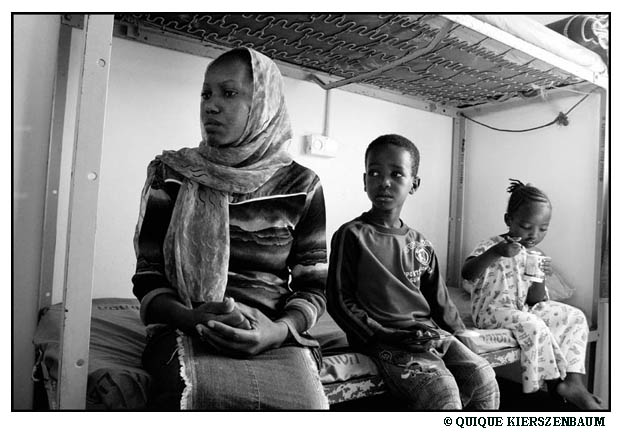 Israel's cabinet approves a plan to hold and deport thousands of illegal migrant workers whom Netanyahu says are a 'threat to the character of the country.'

By Dana Weiler-Polak and Haaretz Service
A cabinet decision on Sunday approving a plan to hold and deport thousands of illegal migrant workers drew the ire of rights groups, who called the plan a disgrace on the State of Israel and said such a move would do nothing to halt the stream of infiltrators crossing over from Sinai.
Israel's cabinet approved on Sunday a plan to hold and deport thousands of illegal migrant workers whom Prime Minister Benjamin Netanyahu described as a "threat to the character of the country."
In remarks to the cabinet, Netanyahu said thousands of migrants who have entered Israel mainly through Egypt in past years would be housed at a special holding facility, due to be built in Israel's southern Negev desert.
"We must stop the mass entry of illegal migrant workers because of the very serious threat to the character and future to the State of Israel," he said, adding Israelis who gave them work would face severe fines to make their employment not viable.
Netanyahu said, however, that migrants fleeing persecution would be allowed to stay. "We do not intend to stop refugees fleeing for their lives, we allow them in and will continue to do so," he said.
Responding to Netanyahu's plan later Sunday, Doctors without Borders severely criticized the cabinet's decision:"That victims of torture, rape, war and genocide are to be imprisoned indefinitely, without the supervision of a judicial authority and against the international treaty on the protection of refugees is a stain of shame on the Sate of Israel."
"This plan will not only fail in stopping refugees from crossing over from the Sinai," DWB said, but "will exacerbate the plight of the refugees, damaging their health and further hurting their already unstable mental state."
"We call upon the government of Israel to halt the turbulence that had taken hold of it, and weigh humane solutions for the absorption of refugees in a profound and civilized manner," the rights group added.
The Hotline for Migrant Workers and the Association for Civil Rights and Israel also issued a joint statement following the cabinet's decision, saying that it was unclear "in light of the severe conditions which asylum seekers currently undergo in the Ketziot Military Prison Camp, how Israel can erect a much larger detention center without causing a humanitarian disaster and a disgrace."
"It is high time that Israel formulate an orderly immigration policy and maintain a mechanism determining who is a refugee and who isn’t. In that way it can give those recognized as refugees their rights," the rights groups said.
At the cabinet meeting on Sunday, Netanyahu addressed possible criticism of the plan, saying that his government, as opposed to previous adminstrations, was actively dealing with the growing problem.
"We have begun construction of a barrier in the south and we will fine employers [who hire illegal migrants]…. We must provide the infiltrators with humane conditions until their deportations," said Netanyahu.
The government was also expected Sunday to vote on new regulations to make determining refugee status more efficient. These rules will be applied when the non-security-related infiltrators seek asylum in Israel.
Published 16:45 28.11.10
Haaretz.com
CAPTIONS:
Sudanese refugees who crossed into Israel illegally are seen in Ktiziot Prison in the Negev Dessert in Israel.  Photo by Quique Kierszenbaum

Then they came for the Asylum Sekers and I did not speak out because..... 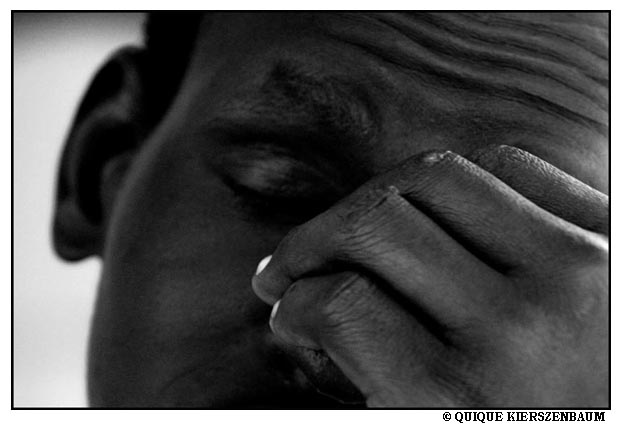 Asylum seekers' visas now state that, 'this temporary permit should not be treated as a work permit.'

By Dana Weiler-Polak
In a surprising move, the Interior Ministry has changed its policy toward asylum seekers in Israel, Haaretz learned on Sunday, effectively forbidding them from taking employment while in Israel.
Last week, the Population and Immigration Authority began added a new clause to asylum seekers' visas which states: "This temporary permit should not be treated as a work permit."
The move, according to employers of asylum seekers, was unannounced and unexpected, prompting many businesses to hastily contact various aid organizations to find out if they are in breach of new regulations.
Even more alarmed of the possible consequences of the sudden change in policy, many asylum seekers, arriving for their usual visa renewal, were surprised to find the new clause, which could effectively deteriorate their lifestyle from its already shaky standings.
While, until last week, asylum seekers were never officially permitted to work in Israel, authorities, including the Interior Ministry and the Industry, Trade and Labor Ministry, avoided enforcing labor laws on those seeking asylum in Israel as a result of their special status.
In response to a previous appeal to the High Court on the matter by the Refugee Rights Clinic, the Interior Ministry pledged to not fine businesses for the employment of asylum seekers as long as the issue was legally pending.
The state also committed to advise employers of its intent to fine 30 days in advance.
The Population and Immigration Authority released a statement in response to last week's change, saying that "the demand to enforce the prohibition to employ foreign workers was ratified in a government decision and will be implemented in the coming months."
"Since Israeli businesses were unclear for a long period of time as to whom they can or cannot employ, a great confusion was created and the decision is meant to rectify that situation," the statement added, saying that it was adding a clause to the asylum seekers' visas that already existed on tourist and foreign workers visas.
Haaretz.com
Published 14:45 21.11.10 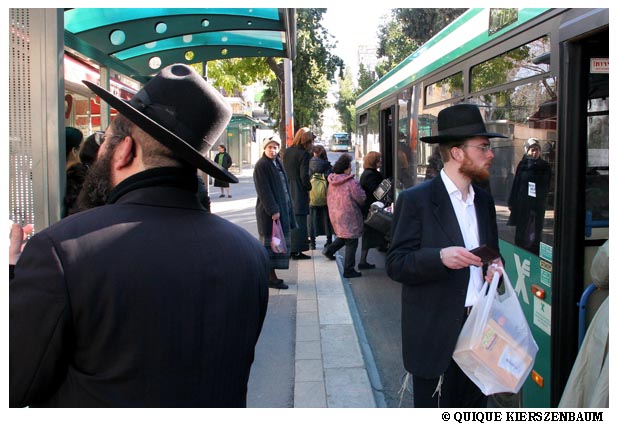 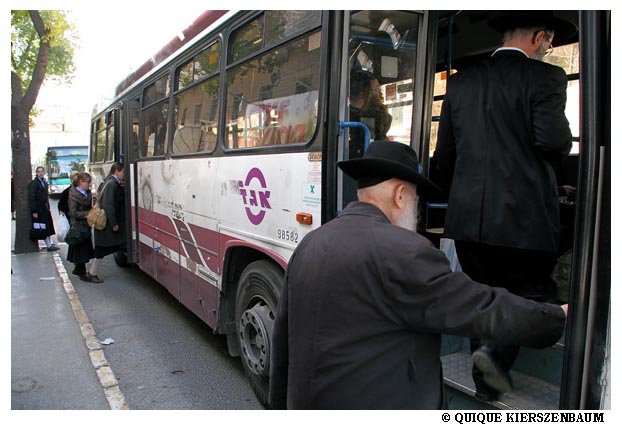 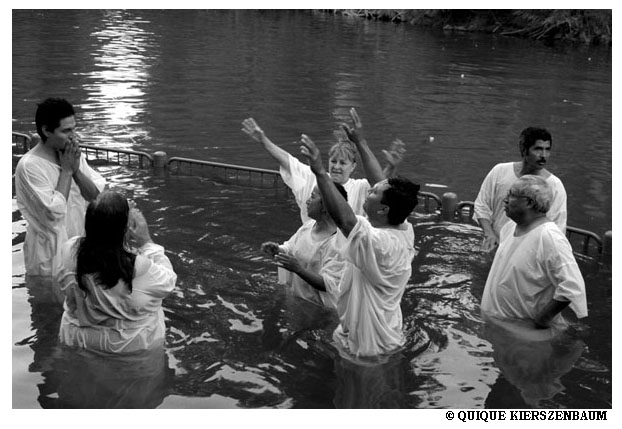 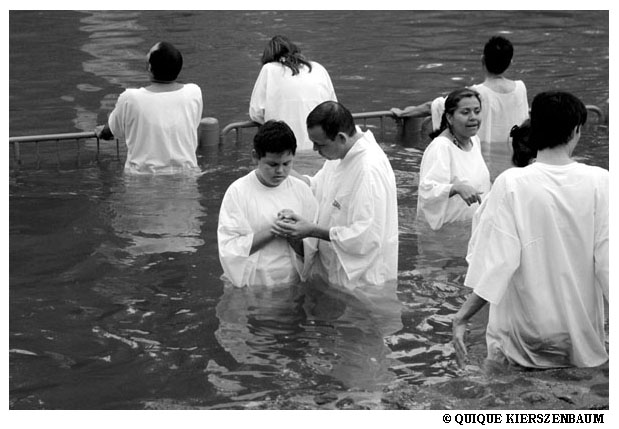 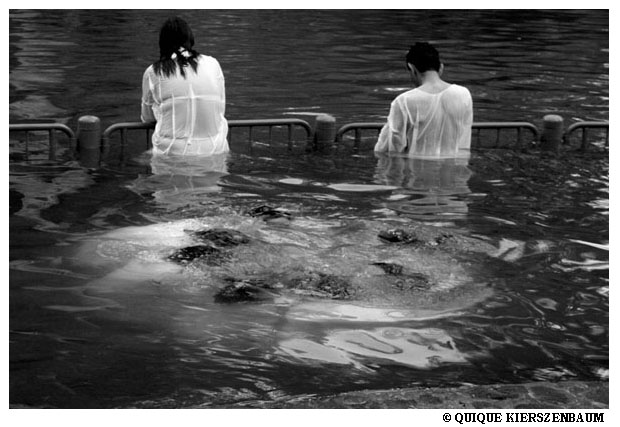 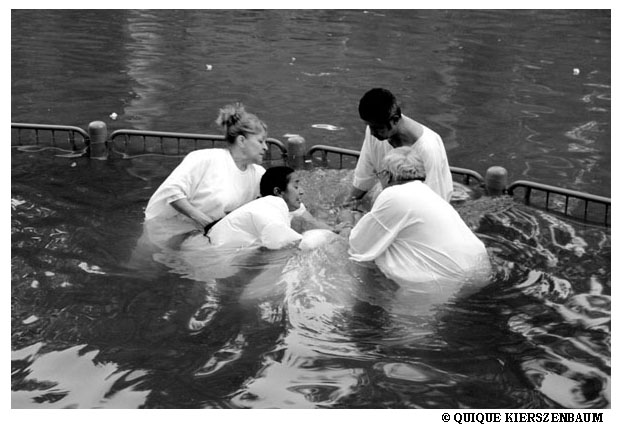 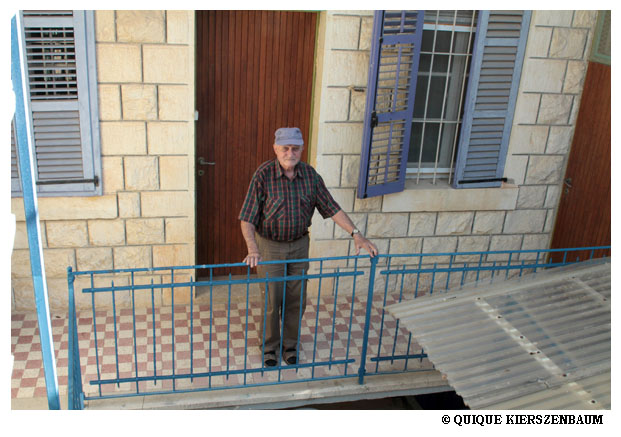 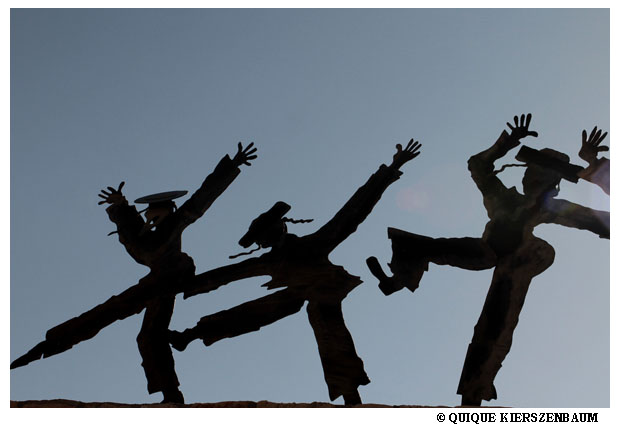 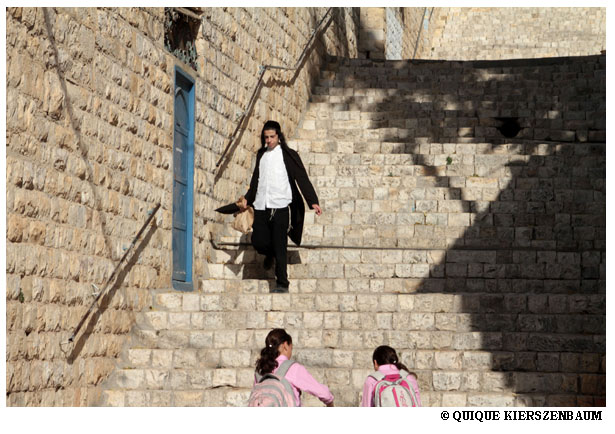 Golpe a golpe, verso a verso...

Golpe a golpe, verso a verso...

Golpe a golpe, verso a verso.
Antonio Machado
Posted by Quique at 9:01:00 PM No comments: Links to this post 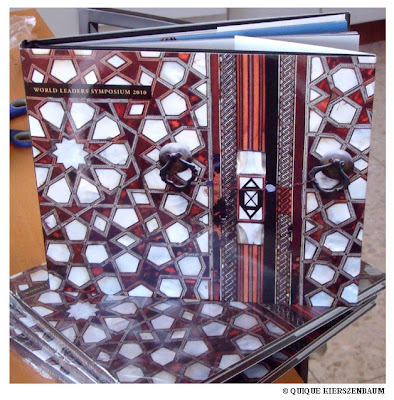 On Loyalty Laws in Israel

Dear American Jews, if you love Israel - criticize it 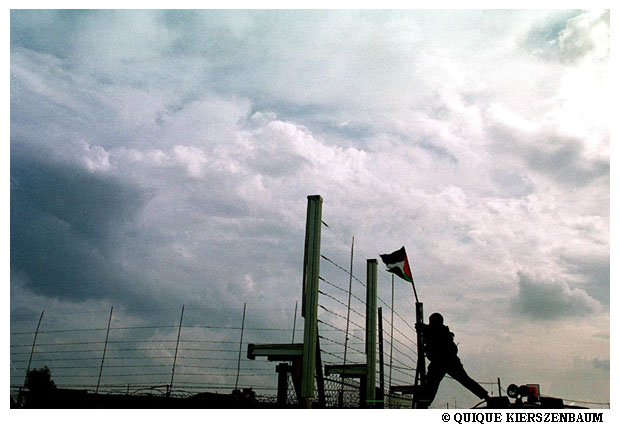 Haaretz.com
November7, 2010.
Dear American Jews, if you love Israel - criticize it
If Israel is dear to you - and that is true of most of you - then be honest enough to criticize it as it deserves.
By Gideon Levy
Today, your representatives will open your great annual convention, the General Assembly. Between New Orleans' Marriott and Sheraton hotels, you will be sated with lectures and lecturers, panels and discussion groups. Some will be about you, and some will be about us Israelis. Once again, you will hear all the cliches - and Joe Biden, Benjamin Netanyahu and Tzipi Livni, too.
But this year, you will be meeting in the shadow of last week's midterm elections - many of you are surely rejoicing over the president's defeat - and on the eve of fateful decisions.
I read that your menu includes an Israeli breakfast, and also several discussions about the global delegitimization of Israel. Doubtless the speakers will tell you it's because of anti-Semitism.
Don't believe them. There is anti-Semitism in the world, but not to the extent they will tell you. Nor is there any "delegitimization of Israel." There is only delegitimization of Israel's policy of force and occupation.
That same "anti-Semitic" world knew how to embrace Israel when the latter chose the right path - during the Oslo era, for instance. What most of the world has become fed up with is only Israel's ongoing occupation and violent policy. And the responsibility (and blame ) for their existence lies with Israel, not the world. The world is hard on Israel, but it also grants it special rights that no other country enjoys.
If Israel is dear to you - and that is true of most of you - then be honest enough to criticize it as it deserves. Think about your personal friends. What would they value more: your blind, automatic support, or criticism born of love when it is warranted?
Your beloved Israel is addicted. It is addicted to occupation and aggression, and someone has to wean it from these addictions. Like any other junkie, it is incapable of helping itself. Thus the job falls to you.
Some of you know the truth. You want a strong Israel, but know that the settlements only weaken it. You dream about a larger Israel, but know that such an Israel cannot be a just one. You want to be proud of Israel, and you know that in recent years this has become almost impossible.
Think back to last year's Operation Cast Lead in Gaza. Even your American television stations broadcast atrocity pictures from Gaza. How did you feel then? How did you explain it to your friends? Self-defense? They didn't buy it. Hamas? That didn't justify death and destruction of such horrific proportions.
You live in a black-and-white country. But Israel is neither black nor white. It's not as terrible as it is often painted abroad, but neither is it as righteous as it will be presented to you. Above all, it is a country whose arrogant behavior is making it despised.
And you are paying the price. Nothing in recent years has increased hatred for Israel, and for Jews, more than Cast Lead did. One of your own generals has already said some harsh things about the price America is paying on account of the apple of your eye.
You, dear brothers and sisters, have enormous political power. Sometimes, I think it is too enormous: One day, it will blow up in your faces. But it is possible to use this power for something more than a despicable witch-hunt after every congressman who dares to criticize Israel.
You have the power to influence your government to change Israel's behavior. And a government that does so will not be a government hostile to Israel.
This is your opportunity to influence your humbled president, for whom most of you voted with a divided heart, to pressure Israel to change its ways. This is important to you, and important to us as well.
This president has already wasted two years in the region that most endangers the world's future. As American patriots and as Jews, even as Zionists, you must now encourage him to mobilize for this task.
The town is burning, Jews. Israeli democracy is being torn apart; soon, it will no longer be possible to talk about "the only democracy in the Middle East," as you so love to do. The occupation is also growing both more entrenched and more crushing; already, it is almost impossible to talk abut a two-state solution.
Therefore, as you sit over your Israeli breakfast, this time, for a change, demonstrate real concern for Israel: Criticize it as it deserves.
© Photo Quique Kierszenbaum.
Posted by Quique at 10:25:00 AM No comments: Links to this post 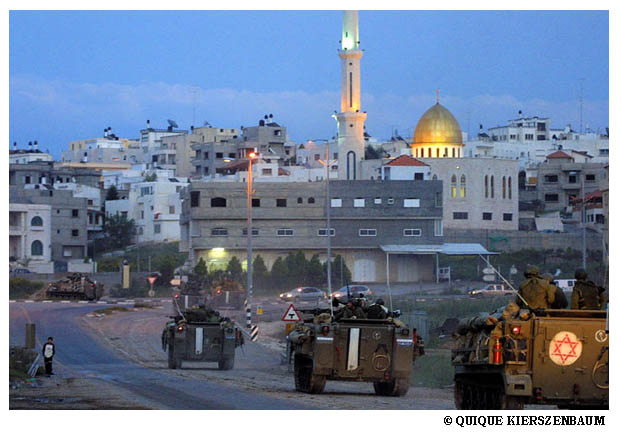 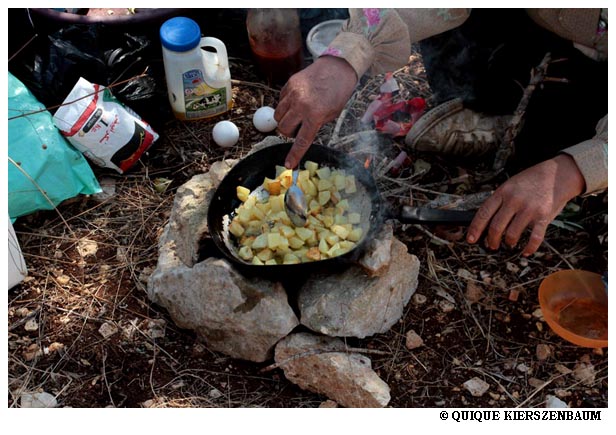 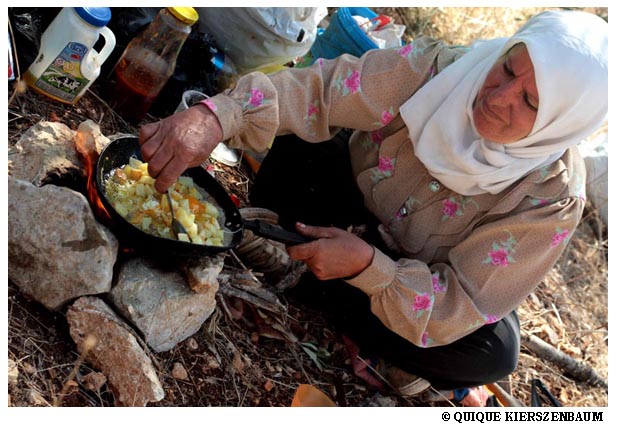 A lunch break during the olives harvest in Kfar Qadum, only a few meters from the Jewish Settlement of Qedumim, in the West Bank. Palestinians continue the olive harvest in limited areas at great risks. October 2010.
Posted by Quique at 11:19:00 AM No comments: Links to this post 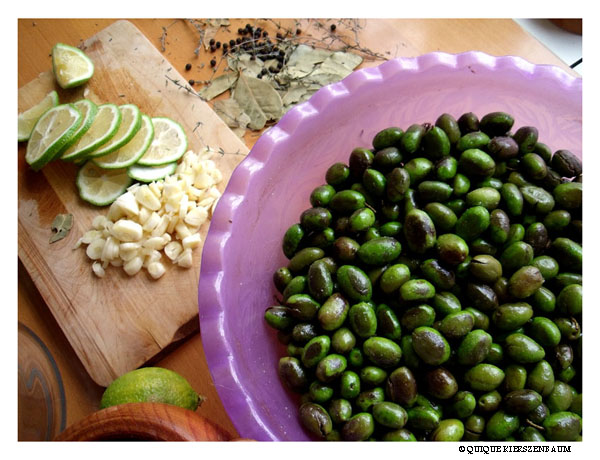